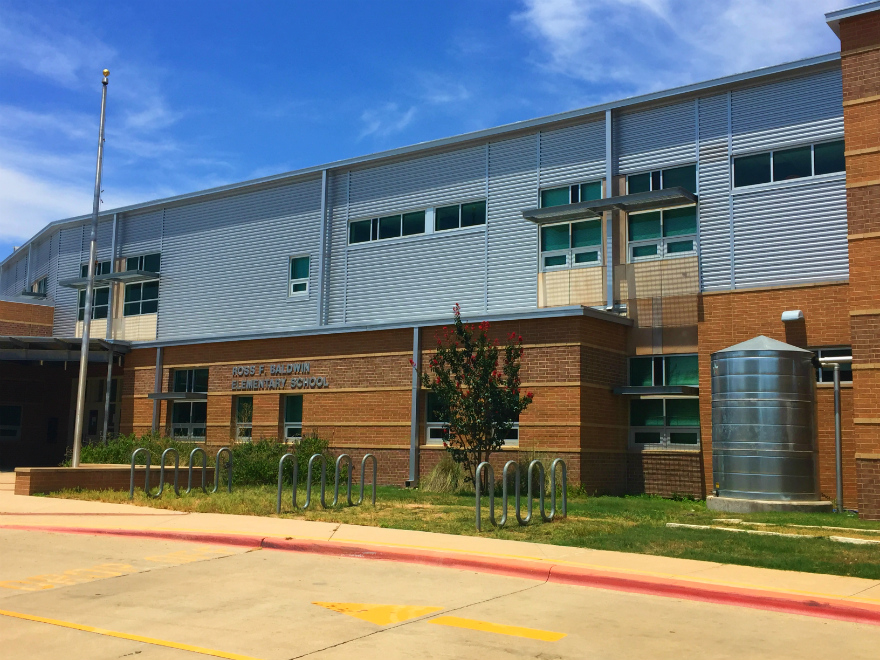 Ross F. Baldwin Elementary School opened on August 23, 2010. The school is located at 12200 Meridian Park Blvd in the Meridian neighborhood in southwest Austin. Our colors are purple and gold and our mascot is the bobcat.

Our school is named after Ross F. Baldwin, respected community leader and dedicated student mentor. Mr. Baldwin was born on December 11, 1924 in Wortham, Texas, where he was the youngest of four siblings. He was a veteran of World War II in the Seabees 4th Special Battalion, serving in the Pacific. He founded Baldwin Beauty Schools in 1979 and served as President for more than 25 years. He was also an active Rotary member from 1982 until his death in 2007. He served as president of the Rotary Club of Austin-Oak Hill and was honored with awards including Rotarian of the Year and Rotary Hall of Fame.

Mr. Baldwin was active in the community through service and business organizations, the public schools, public affairs and nonprofit organizations. He was well known for his dedication to mentoring Austin area students. A mentor at Joslin Elementary School for nearly 30 years, he mentored several students each year, and supported their success by attending games, plays, scout meetings, and other activities. In 2005, he was named Mentor of the Year by AISD’s Partners in Education. He set an example by involving the students he mentored in the Rotary Club by having them volunteer their time in various Rotary activities.

Baldwin Elementary also has a school song written by Baldwin's first music teacher, Susan Stevens. It embodies the spirit of our close community.

Baldwin Bobcats, Hooray!
We do our best each day.
We come to learn, respect is earned,
We walk with Bobcat pride!

Baldwin Bobcats, Hooray!
We do our best each day.
We’re purple and gold,
Kind, thoughtful, and bold
We’re bobcats and we are proud!